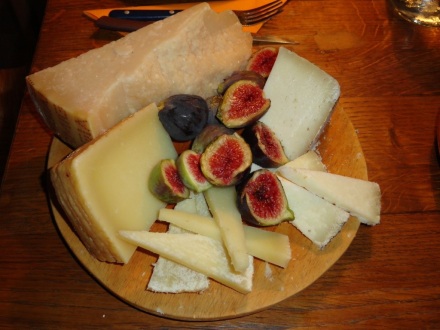 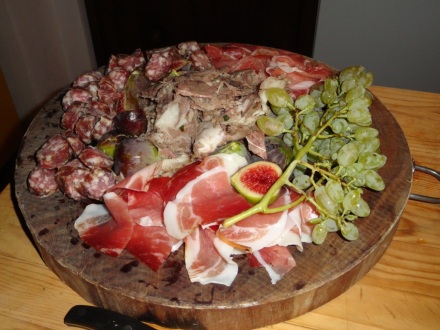 Today was our first fay off so we traveled to colle val d’elsa. First Dante and Helena treated us to coffee at a cute outdoor cafe. Then we walked though the town and ended up in the market. After the market we went to the grocery store. At the market we purchased fresh meats and cheeses, as well as, gnocchi, bread, and squash blossoms. We will be preparing most of this tonight for Drew’s last supper. 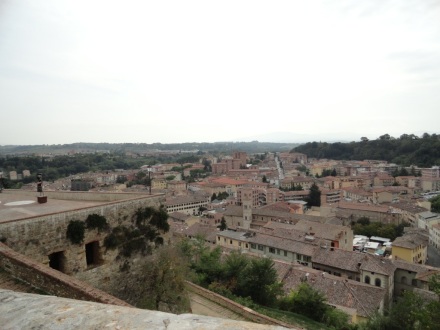 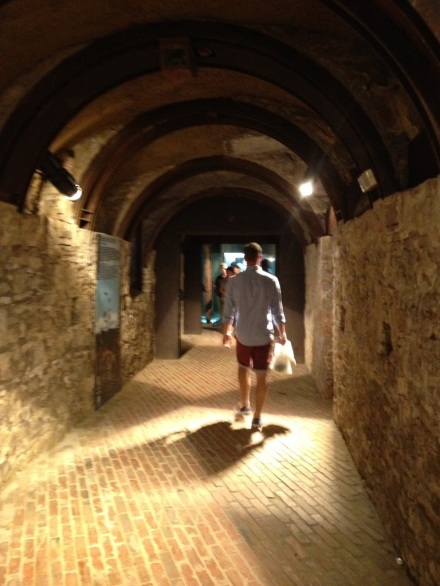 We only worked a half day in the vineyard yesterday, and then had a very special lunch. Luis entertained us for a while as we prepared pâté, and chicken wrapped in pancetta. After lunch we worked in the cellar for a while opening a emptying bottles to add to the grapes we had picked that day because there just weren’t enough to reach the right level. For dinner we ate pasta with a Gorgonzola walnut pesto sauce, as well as cheese, bread and figs. Tonight’s dinner is going to be even more special because it is Drew’s last night and we are making it ourselves. 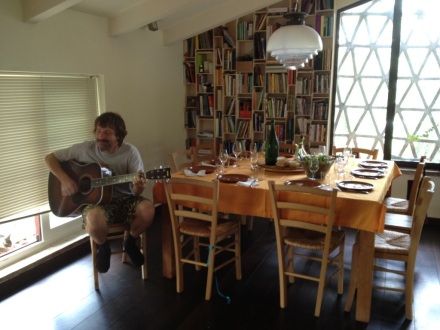 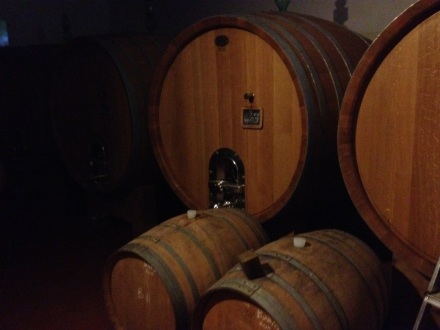 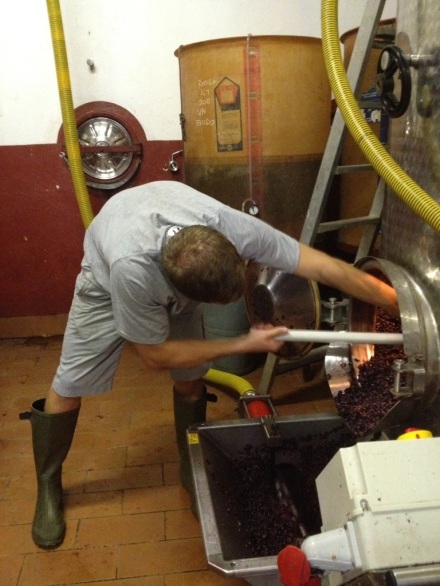 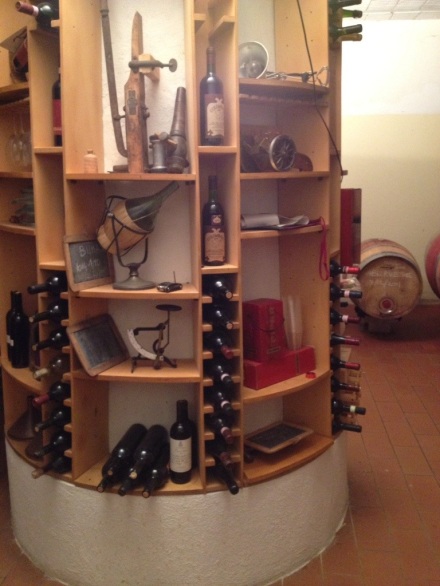 Today was our first day picking grapes. We worked for a few hours and then had a lunch of fried polenta with Gorgonzola, spaghetti with rosemary tomatoe sauce, and bread. We ended our meal with coffee and cookies as well. After lunch we traveled back to the vineyard and picked more grapes. We are harvesting Sangiovese grapes, and should be finished after tomorrow morning. Because of the weather we will most likely have a half day of work tomorrow with no work on Friday. Tonight for dinner we tasted the Colombaia Toscano Rosso, and ate fresh figs wrapped with prosciutto and Gorgonzola for our antipasti. Our dinner was pumpkin soup pured over top some Italian bread. We finished our meal with more figs. 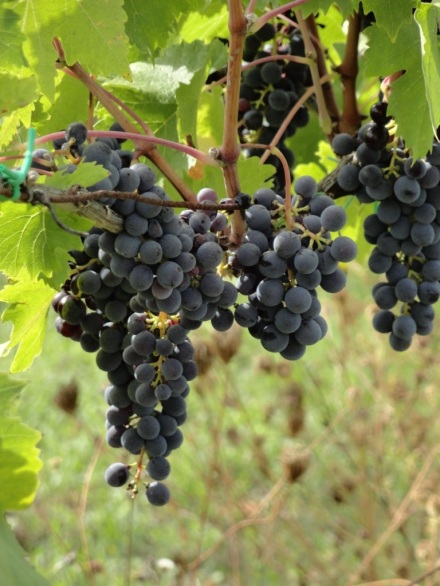 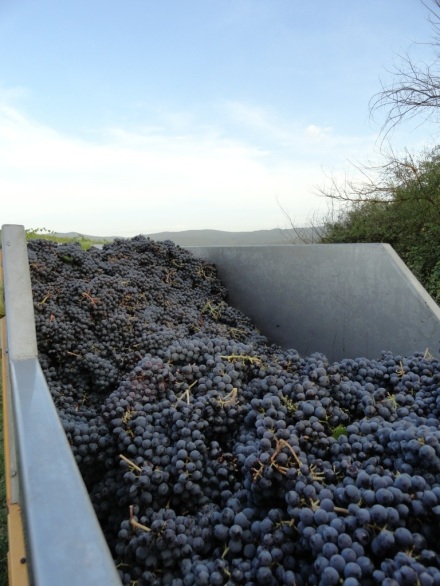 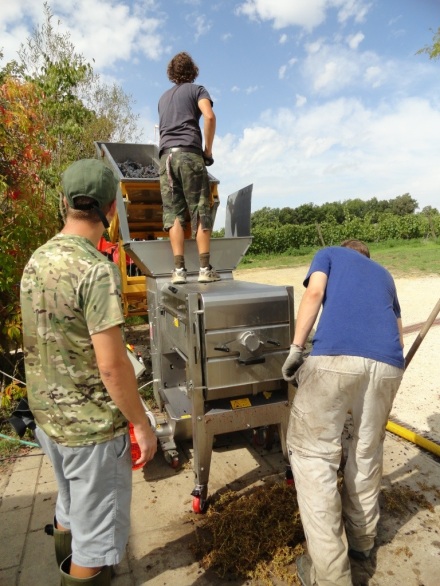 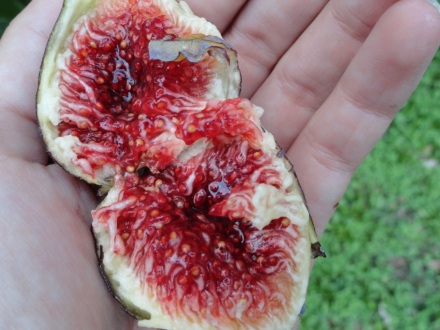 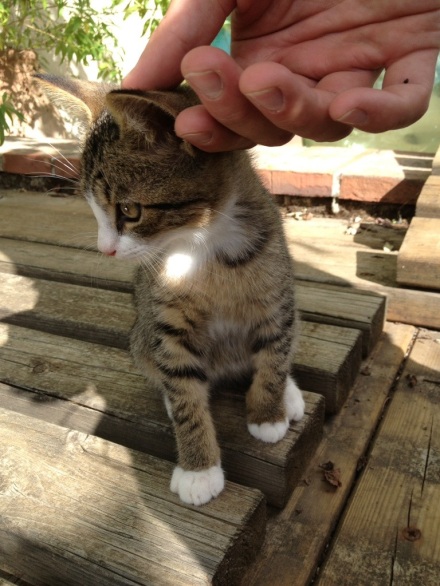 When we arrived to Poggibonsi there was severe miscommunication which left us stranded at a bus stop. Fortunately Isaac was able to communicate with some old italian men, one of whom left us use his phone. We were able to reach Dante the winemaker. The problem was Dante thought we had ridden the train into town, when we had actually ridden the bus. His wife, whose phone had died, was waiting for us at the train station. Fortunately she eventually called Dante, sort of knew where the bus stop was and came to find us. We were worried she would be mad, but Helena, Dante’s wife, thought it was her fault and apologized profusely. We told her it was no ones fault and off we rode to the vineyard.

When we got there we were immediately introduced to Bella the cat, and Listo the kitten. Then we met Andrew from Okahoma, Laura from Ireland, and Henry from Australia. Dante and Helena showed us to our home; there are two homes on the estate. One which is Dante’s and the other which is his family’s. The family only stays in the summer so we have the house to ourselves. There are several bedrooms and bathrooms, it is very large. The estate also has two vineyards, a garden, horses, fig trees, olive trees, lime trees, mint basil sage etc,. There is a pool and also a wine cellar with of course a production room and labeling and storage facilities. There are too kitchens we work in. One that is part of an outdoor dining area, and another that is part of Dante’s and Helena’s home. We have our own kitchen as well but it is not used for group meals which is all we have had. For dinner last night we had risotto, prosciutto, mozzarella di Bufala, bread, and several other cheeses. We drank wine from Dante’s friends.

This morning I picked a sampling of grapes by plucking one grape from every few bunches down several rows in the vineyard. This was made into grape juice that we had with lunch, that also told Dante whether or not the grapes were ready for harvest. Then Henry labeled tens of bottles by hand, which I put tops on. For lunch we had fried risotto, called suppli, with salads, cheeses, and bread. After lunch we used a machine to label palettes of bottles, Henry labeled, Isaac put on the foil wrappers, and I boxed them up. This consumed the rest of our afternoon. We then ate dinner, which was partly prepared by Andrew. He was homesick so he made fried chicken for everyone. Helena made mashed potatoes and greens. We drank the estate’s frizzante with our meal, it was delicious.

We have created this blog where we will upload images from our trip and let you know what we are up to. You can follow our blog and even make comments…